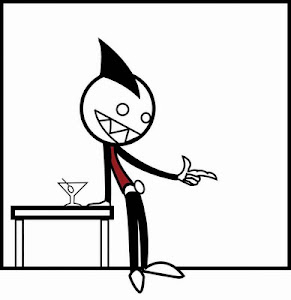 Its 2:30am and I am about to go to sleep, but I have to at least get this out before I do. I wanted to write this much sooner, however I kept putting it off. It has been over a year now since I last posted and a lot of things have changed. Sometimes starting something is the most difficult part. If you knew how many times I have told myself I was going to come home from work and write this, well maybe you can relate.

Tomorrow, or rather later today marks a year since I started a new job…

And that’s as far as I got. It would be another month+ before I actually finished this post below:


I was trying to be diligent. I wanted to write this blog on or near April 11th. Which was the one-year anniversary of when I started my new and current job. It’s also close to my birthday (Apr. 14th ) and the same month I started this blog (Apr. 20th ) six years ago. The fact that it was 4:20 isn’t lost on my either. Though, I don’t think I did that on purpose. The last time I updated this blog was April 1st. Which is now over a year ago. It seems for the most part a lot goes down in April. Perhaps there is a correlation? Or not because now its June. Funny how so much can happen in a single year, yet they always go by so fast.

I can say that a lot has happened since my last time posting. That’s the trouble with blogs, the longer you wait to update the more you have to update and then the more time you need to set aside and write. But this is good. Even, if the only reason I am doing this now is because the Overwatch servers are down.

So yea, I have a new job. I work now at a company called Psyop as a DMG Operator/Flame Assistant. Psyop is a really awesome VFX company that makes some really awesome commercials. I definitely think you should check out their site. A whole bunch of super talented people work there. My job there is to handle data on our servers. Anything from raw camera footage to 3D assets. We also handle slating and delivering the final masters to broadcast stations. I have also done conforming in Flame and now I am learning how to composite in Nuke. Overall it’s a really cool bridge between the technical side of VFX and the production side. It’s really strange thoroughly enjoying your job and actually liking what they/you make. I never had that before and it took a while to get used to.

Unfortunately, with this job I have become much busier and many of my other projects have now kinda been put on hold. This blog post, I am hoping, is the “creative output clog” that will get me going again. Not that I do not feel creative, its just that my productivity has come to almost a hault. I wasn’t able to commit an adequate amount of time to Expandingsound.com. Though it is doing well. The Remy Lexington band has also split. No hard feelings between any of us in fact I still partially pay for the practice space (my amp is still there) just in case I want to rock out at some point. I have still been playing guitar. I have a bunch of songs now that I just practice acoustically. I’m hoping to eventually do some open mics out here in queens and perhaps a few local shows again.

As for my art, I am still drawing here and there. Inktober was pretty awesome this past year. Psyop held an Inktober contest amongst their artists and although I did not win the contest, they were nice enough to feature me in one of their “Inktober Artists Spotlight” blog post. They also continued and did another contest called “Artvember” which had a prompt list as well however you could use any medium you wanted to. I chose to work in Adobe Illustrator which proved to take too long to keep up each day for a whole month. I did get some cool pieces out of it. There's more if you check out the links. 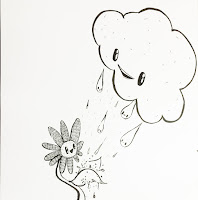 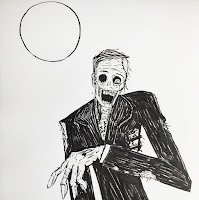 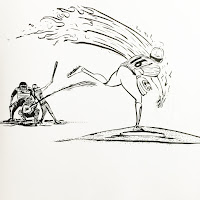 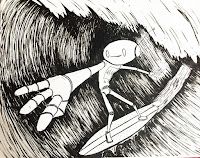 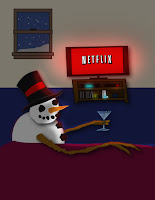 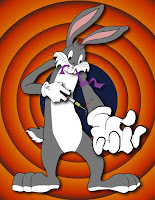 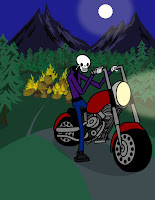 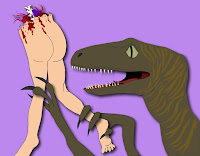 I mentioned a very fresh project last post about doing paint nights however those were unfortunately short lived. They were so much fun and I wish I could of done those more. It really is such a great idea.

Last time I posted I was doing some really cool flyers for various music shows. Those also have not really been happening as well as a slow down of my attendance at shows in general.

Logo design has stopped as well although occasionally I will still get a request for something.

I was also beginning to work on some ideas for comics. That has stopped as of now but it hasn’t been forgotten and its probably one of the things I want to get back to sooner than later.

One thing that is pretty recent and that I am excited about is a character design for a horror short that I will get to pitch at my job. I don’t really want to get into details just yet but I am kinda excited about it.

The way I see it at this point is that for a long time I was on an island trying to build a raft of sorts to get off of the island. I kept putting pieces together and making things but everytime I set out into the water the waves brought me back to the island. Until a tidal wave came and washed me right out to sea. For a while I had to just swim. Just tread water. Then eventually I came upon a raft. This raft even has oars for me to paddle so that now I can set off and find an even bigger ship. But before I do that, I just want to float for a bit. And while sometimes I worry about paddling, I remind myself that there is nothing wrong with floating around for a little while before I head out in a proper direction.
Posted by Remy at 1:16 AM 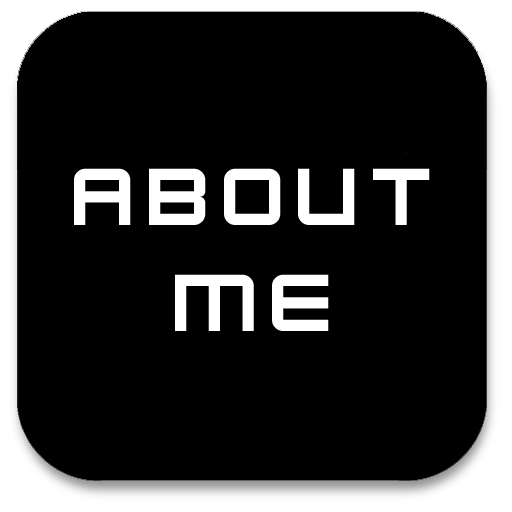